Seems like the kind of thing one might want to just let fade away into the great forgetting. But in the case that I want to remember or that anyone wants to know these details, here’s the story of how we went from baby on the inside to baby on the outside…

At 37 weeks pregnant, my obstetrician said that I was 1 centimeter dilated and 50% effaced at my weekly appointment. She also said that she guessed that the baby would come early. But then my 38 week appointment came with no change. Nothing at the 39 week. I never made it to the 40 week appointment. 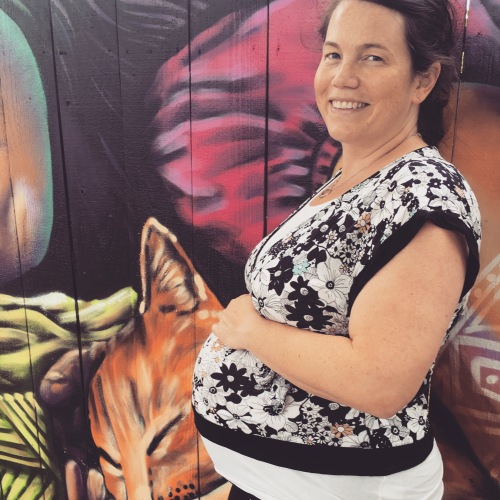 I started maternity leave this week.

Monday, June 6 — 40 weeks — Due Date
David went to work. I stayed at home and did whatever it was I was doing in the time of pre-baby.
In bed on Monday night, I started feeling paranoid that I hadn’t felt the baby move in a while. So after David had fallen asleep, I drank some more water and lay awake waiting and seeing. She did eventually show some signs of life and I also started to feel some feelings that I thought might be a contraction, but without knowing what that felt like, didn’t really know for sure. It was late then, after 1 am, and I went to sleep. But each time I got up to go to the bathroom, I had another feeling that felt like it might be a contraction.

Tuesday, June 7 — 40 weeks, 1 day
I told David in the morning that I thought I might be having contractions, but I wasn’t really sure. He didn’t go into San Francisco to his office, but decided to work from home, instead. Around midday, I asked him if he could take a break to put up some framed artwork in the baby’s room, because I had a very urgent desire to get that room into a state of finished.

After all of that. Hours and hours. Months and months. Years and years, even. Here she is. Our daughter, Winifred Mary Pickavance, joined our family at 7:04 am on Wednesday morning, June 8, 2016. 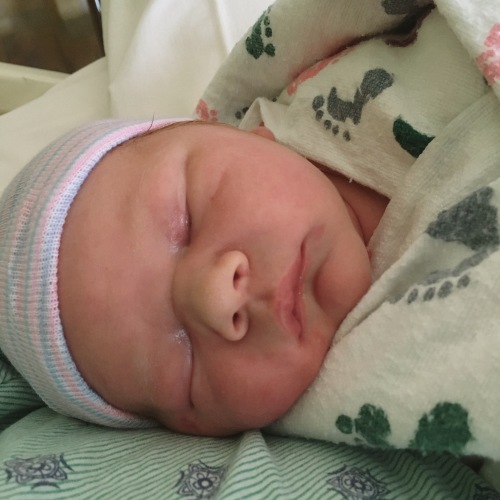