this dinner tried to kill me 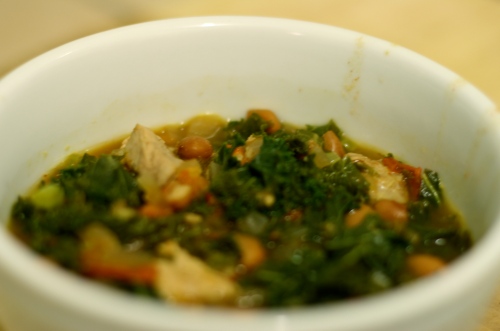 The first bit of making the soup was to saute a bunch of diced onions and then dump in some garlic, paprika and crushed red pepper.  Stir until aromatic!

Then add a cup of white wine and deglaze the pot, which was used to cook up little chunklets of pork tenderloin before starting on the onions.

When that wine hit the pan, it was like a bomb went off in the kitchen.  An evil vapor of paprika and red pepper exploded and filled my lungs.  Cough cough.

I still feel a little damaged.

But I ate that soup and showed it who’s boss.