it only takes 60 pounds to level the playing field

So, the david is planning for this big trip in February.  He’s going to climb Aconcagua, which is in Argentina and is the tallest mountain in the Americas, with a friend from uni*.

Wikipedia tells me that it is technically an easy mountain, since you don’t absolutely have to have ropes and picks and stuff.  But it is over 22,000 feet high and just about anyone is effected by altitude sickness to some extent.

It will be a big endeavor, so the david’s been ramping up his workout routine specifically for the trip and a part of that routine has been a lot of hiking.  Since getting to know the Bay Area parks and wilderness better is on my wish list, I said that I would go on the weekend hikes with him.
Obviously, he won’t be going on this two week expedition with just a Sigg bottle of water and some jerky.  And the altitude will make everything seem harder.  So the david has been hiking with 50 or 60 pounds loaded up in his backpack.  And you know what?  There’s something awesome about weighing down your Mr. Fitty McFitterson boyfriend with an extra 60 pounds. 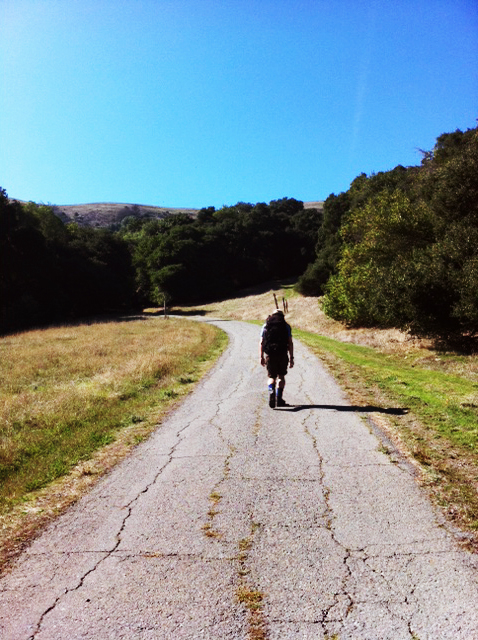 I am not huffing and puffing alone.  We huff and puff together.

I am not struggling to make it up the ascent by myself while he offers words of encouragement down to me.  We struggle together.  Sometimes I encourage him. 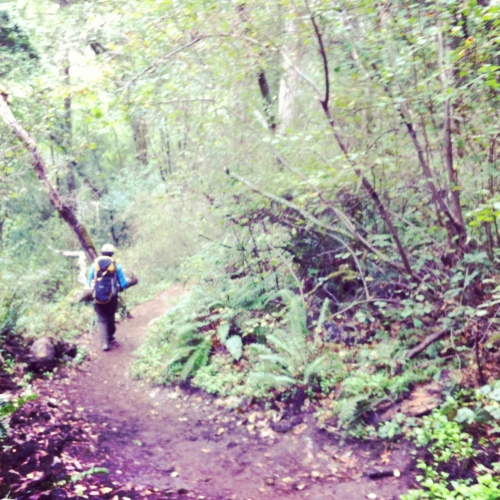 We’ve been doing something hard together, and it’s been great.

He got these walking stick things and somehow, instead of having a pack of 60 pounds dragging him down, it’s like he’s wearing a fucking jet pack.

*I would call this a friend from college.  But if it’s David’s friend and David’s college, isn’t it kind of a lie if I don’t say a “friend from uni?”  It’s important to maintain a cultural distinction, otherwise I’ll start talking about aubergines and the M5 and it will mean something entirely different when I say I’m from Jersey.